Electric vehicles are mostly associated with the future and innovations. In reality, EVs have been around for more than a century. 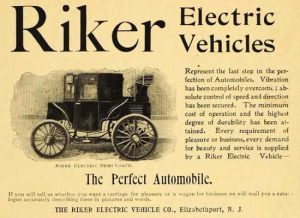 The first race in which electric cars competed took place at the Narragansett Trotting Park in the United States, in 1896. The event captured a lot of press attention and attracted a total of 60,000 spectators. The competition consisted of seven cars, five of which were internal combustion engines and other two were powered by electric. The EV manufactured by “Riker Electric” was able to pull away from its competitors in the very start and easily took the checkered flag in the first position.

Electric car motorsport, which was initiated a century ago, has been long forgotten. But in the start of this century, the electric vehicles surprised everyone again. 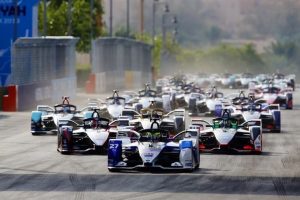 It is the fastest series of EV racing and is usually raced on city tracks due to to certain specifications. The race series which started in 2014, demonstrates how the sport is growing in all directions – the audience is increasing, more and more prestigious manufacturers are willing to participate, and the world’s best pilots are fighting for a seat. Formula-e is rapidly closing the gap to a motorsport giant – “Formula-1”  and we see the accelerating the progress of the electric car industry.

The FIM Enel MotoE™ World Cup is a new addition to the MotoGP World Championship from 2019. – An all-electric powered series supported by the Energica constructor, features intense racing and great battles on some of the most iconic motorcycle racing tracks. In the last season, there were 12 races, on 6 tracks, and the Swissman, Dominique Aegerter, triumphed in the championship. 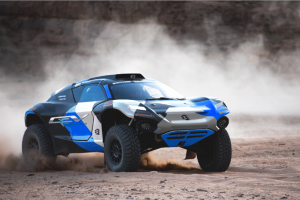 Extreme E is an FIA-founded international off-road racing series that uses electric off-road vehicles of a specific silhouette to race in remote areas of the world, such as the Saudi Arabian desert or the Arctic. All race locations are chosen to raise awareness of climate change issues. The series also promotes gender equality in motorsport by mandating teams to have a female driver on their team. Names such as Sir. Lewis Hamilton, Nico Rosberg and Jenson Button often appear in this race series.